Bloodstained: Ritual of the Night 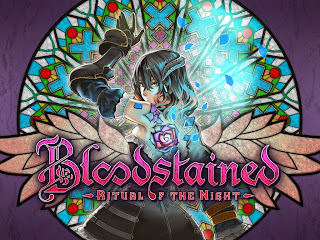 Bloodstained: Ritual of the Night is 2.5D action adventure game directed and produced by IGA. He will also handle the role of scenario writer on the project. Castlevania series composer Michiru Yamane will join him along with developer Inti Creates, the same studio behind Keji Inafune's Mighty No. 9, Azure Striker Gunvolt, and Mega Man 9 and 10.

IGA decided to go with 2.5D for this project for both financial and artistic reasons. All decisions in game development involve trade-offs, and for Bloodstained a 2.5D world built on Unreal Engine 4 was the right choice to balance development time, graphical fidelity, budget, and scope.

At the same time, IGA is very excited about exploring the paths a 2.5D style opens up within the classic Igavania formula. As he begins a new chapter of his career as a developer, he's looking forward to trying things that will enhance, rather than detract from, that core gameplay.

Still, though, we would never discount the fans' love for that classic style. The development team is looking forward to working with backers every step of the way to decide on custom shaders that will give the game a distinctive, hand-crafted look. Games like Guilty Gear and Strider are proof that 2.5D can be handled in a way that honors a classic aesthetic while allowing for new possibilities; that’s what IGA hopes to achieve with this project.

And of course, since it's an Igavania game, the 2D gameplay and feel are nonnegotiable. 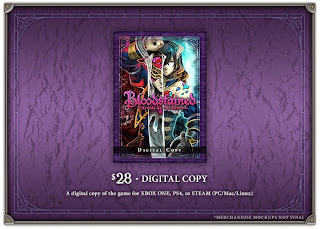 Remarkably, I have also set my budget to purchase the $28 Digital Copy Version of this game itself made for Steam! It'll take another two years close enough to have it released. I don't mind it as long I have pledged and supported the fifth game project in Kickstarter. 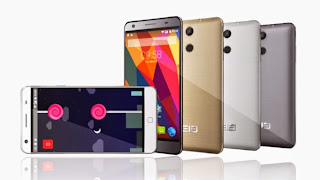 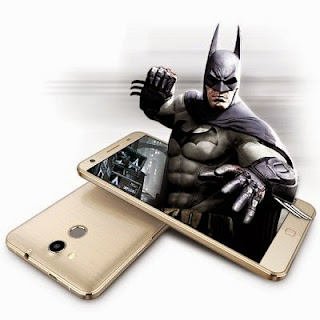 So, here I am again with an actual flagship phablet from the newest brand called Elephone! Have you heard of it? The company started around 2006 and has been growing past these 9 years with all sorts of R&D and marketing developments at their hand. So, I kind of stumbled through various social media websites and saw Elephone as a whole.

They provide different range of smartphone series and they are generally sold at factory price! That's what caught my attention lately. Besides popular brands that popped up since 2014 like Xiaomi , Oppo , Meizu and maybe Ulefone, Elephone have taken their footstep towards the glorious smartphone competitive world and seems to put a remarkable official website for the taking.

Their line of smartphones costed around USD$119.99 by the minimum and mostly are embedded with Octa-Core chip! It's rather cheap as compared to the more expensive range of phones which similar specs. Approximately RM430.62 and you could own one of Elephone's lowest series of smartphone provided.

What I'm trying to show you though is something Elephone call it as their very own "The Annual Flagship" smartphone called P7000. The product specs I have posted above has been dazzling across tech gadget websites and also social media networking areas and it is still growing! I took my time studying the nature of Elephone and it's brand and decided to pre-order one as well. Being the 2015's flagship phone, it is using the latest MediaTek CPU processor of 64-bit while also being 4G LTE capable as a whole.

As I kept on viewing through their flash sales front page and other offers related to P7000, I then confirmed my order which consist of Champagne Gold color to be my next smartphone that I hopefully will not change within two years later. That's exceptional unless I have made significant incomes from my current upcoming job for a change.

Either way, I feel that after deciding to be part of Elephone. I start to feel the cons of Xiaomi phones in the very same price range. There's a lot to talk about it as well namely the RAM issues , CPU being Snapdragon instead of Mediatek and so much more.

But skip that through, I'm now proudly a ready-to-be Elephone P7000 owner by the end of this month! Hopefully it comes around by then or early June 2015. Their pre-order is still ongoing until 21st of May so guys better hurry up because the price will markup back again.