So whatcha waiting for? There's still more qualifiers pit-stop to compete at still before the Grand Finals! Good luck every teams!
Posted by Royce at 10:10 PM No comments:

Yeah it's the 51th Merdeka Day in Malaysia. Guess what I've found recently, a Warcraft III map that is specially made for humors. But let's just say you can use some unique heroes :O ! 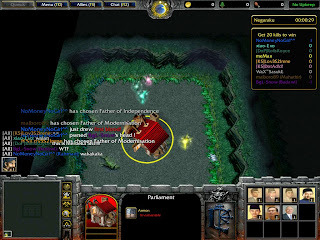 You get to choose 7 heroes and the one's who gets to 20 scores will win the game! 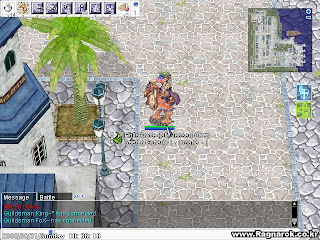 And enjoy the public holidays that is ongoing with Merdeka Day's celebration!
Posted by Royce at 7:28 PM No comments:

Although i never knew much of the Asiasoft Festival 2008, a friend of mine named YunQii did joined one of the games out of CabalSEA, AuditionSEA, MapleSEA categories for competitiveness. A nice merchandise present given by him was not bad at all! CabalSEA memorable stuffs! Thanks again and ever since inspired by all sorts of gaming tournaments, get on the move activated! 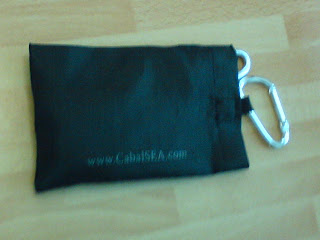 Nifty pouch made of CabalSEA signs! 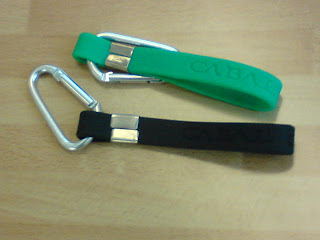 Strap yourself in boys! (Starcraft voice)

Recently finished DMC4 PC Version under several hours. It's a definite DMC series you got to play! I'm showing the final boss of this game screenshots though. It was quite a worthwhile battles at Mission 20. Your very last stage [o.O] !!!

My tactic was initiating several combos and use Buster with good timing in order to smash Sanctus the final boss to smokes! Always remember to pack up some holy waters for this final battle as he'll initiate his shields as fast and you don't want to get major damage from Sanctus's Sword of Sparda! After you beat Sanctus, it's up to you to time your Buster weapon well to fight Sanctus & Saviour as a real gigantic boss. Just three hits and you'll have finish the game! 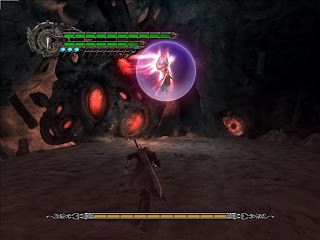 As soon as the cutscenes are over, you'll fight Sanctus right away! Prepare to break his shields and two little defensive carriers on his way. Focus on breaking his shield and use Buster when his on ground! 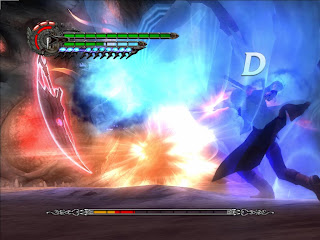 If you have timed your Buster well, that's where Sanctus gets pawned real bad! 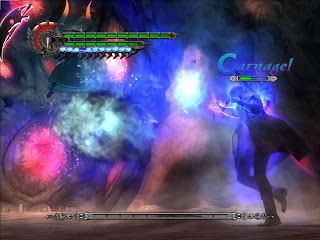 Final blow to Sanctus and have fun crushing him! Not yet!!! You have yet to fight the last 2nd battle! 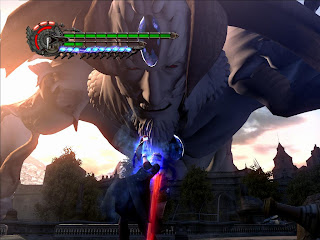 Saviour!!! Merged with Sanctus in order to commence the last final fight. All you got to do is time your Buster well when it's left hand comes down. Both hands are easily avoided with accurate timing. Once you smashed two of his hands away, Saviour's head will just drop in front of Nero for you to initiate the last crushing blow!

That's all there is to Devil May Cry 4 PC Version ! I'm sure you'll love to fight epic battles in DMC4! There are still some replays in this game where there's this survival mode to play with. Besides let's wait for Devil May Cry 5 in upcoming 2009 !


DMC4 PC Version gets a rating of 9.8/10 from my review. It's totally awesomely inspiring!
Posted by Royce at 1:03 AM No comments:

CS map awp_zigzag is the first new map try ever in Garena CS. Guess what it's a very funny map. Try to download it! Have fun. Usually people just jumps till the floor and get laid for next round! ROFLz!!! 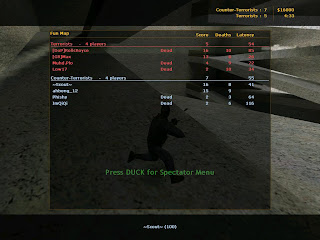 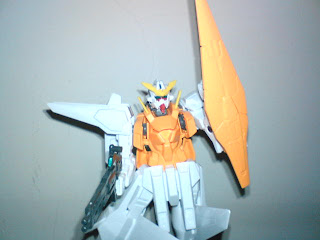 I burnz with mah gun! 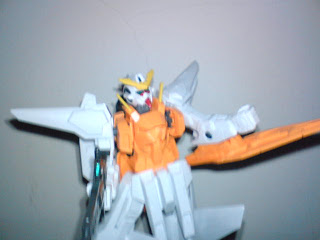 My shield is made of Spartaaa! 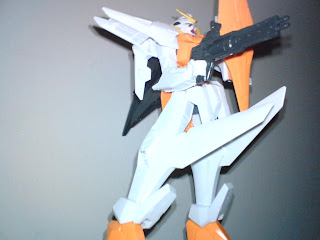 Stay tune for more Gundam figures if there's any purchases!

GAMING NEWS HEADLINE!
All players of Kingsurf have successfully obtained their VISA to USA on 19 August 2008. On the next day, we are honored to meet the Prime Minister of Malaysia Datuk Sri Abdullah Badawi at Malaysia Parliament and have the blessing from the Malaysia leader. He wished us good luck and ask us to make Malaysia proud! Yes! Let's wish Kingsurf ! Good luck and all the best!!!

And here i hope team KS will do great to shine Malaysia's E-Sports Gaming!
ESWC 2008 is where team MYM, SK, TeG will appear for the Grand Finals...

MHLR Retribution Tournament at August 2008 @ Cyberstar VS Vs2 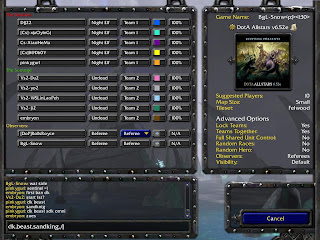 Garena's MHLR drafting session starts at the waiting room for the convenience. Recording the bans and hero pickups by the two teams. It was a great battle which will be shown at the following! 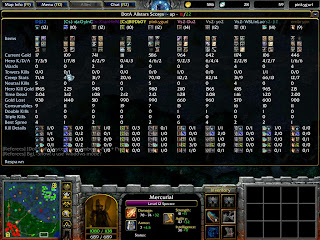 At the early stages of the game, VS2's hero Axe farmed blink dagger and totally takes out the heroes from Cyberstar head-on. Supported by Skeleton King by team VS2 that made the clashes as exciting ever! Cyberstar's hero QoP did great too by making the par by taking out the opposing which led into retreating! 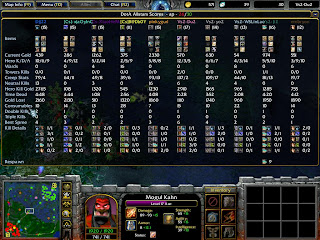 It was then around the mid stages of the game when another clashes between the two teams was made. Axe has a few DK's in the process and led to great tower pushes! 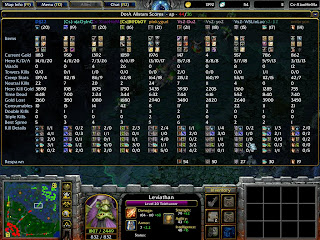 Around 50 minutes later, team Cyberstar's hero Spectre becomes the turntable for the game! Supported by hero Warlock & QoP's great support of damage, it has led VS2's hero to a hard situation by retreating and with some casualties. 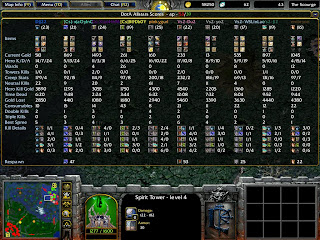 The game was then 5v4 as VS2's one individual PC has some connectivy issues which made a leave. By that time, Cyberstar's Spectre strikes with thunder by farming Divine Rapier! It was then the clashes slowly came to the favor of the winning team.


Good job to team Cyberstar as proceeding to the later stages!
Posted by Royce at 4:40 AM No comments:

Congratulations!!! Lee Chong Wei advances to Final in badminton sports! The last opponent would be Lin Dan from China!

Good thing RTM1 has live broadcast over it! A wonderful yet splendid victory to our country, Malaysia >.> " 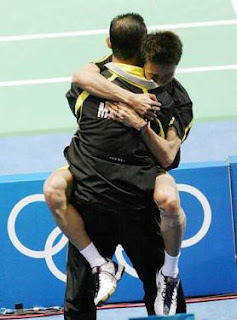 This is how you actually see live scores in between the greatest athletics around the world!
Beijing Olympic 2008!
Good luck to Lee Chong Wei in badminton's game heat!


Malaysia's Archery did quite well although not obtaining any medal to add for the medal tally. As in Archery category mentioned , [MAS]Cheng Chu Sian has beaten a world class god archer from [KOR]Lee Chang Hwan to proceed in quarterfinals but lost in the other hand. It's a good experience for most of our Malaysia's top athletics to get very close to the gap of finals though.

To get live scores online, check Beijing Olympic 2008 !
Posted by Royce at 3:41 AM No comments:

MOYU Online is basically a chinese version based on it's original title Eudemons Online. The game itself has been released through online gameplay since May 2006 where the 3D fantasy MMORPG meets it's online population flowing around the world. The game can be referred to as a Diablo II lookalike role-playing game where you explore the world with three different type of jobs! So as we speak, I'll explain what MOYU Online will give to surprise online gamers!

The special thing about this online game would be the MOYU's System which is also called as Eudemons System for exact. Players in-game will get to have 2 types of Eudemons as pets! They are trained alongside your own game character to speed up the leveling process. Remember though that players can obtain new pets by getting involved in battles and the option to buy at the MOYU's shopping mall NPC.

As usual MMORPGs, PK System is also implemented for players to boast their strengths and rivalry towards other players in-game. It's a sort of system to make the game competitive and there are areas which also forbids PK to make the game a better place.

MOYU Online also have unique features such as the Family where a player reached Level 50 above is allowed to form a bond within a team so that they can protect lower level members while venturing into leveling maps!

Not to mention, there is also MOYU's clan system which is named as Legion . A player may create a legion at level 50 for a fee requirement of 500,000 gold. Hopefully this information will let you know about MOYU Online for further references. 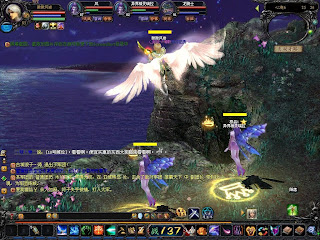 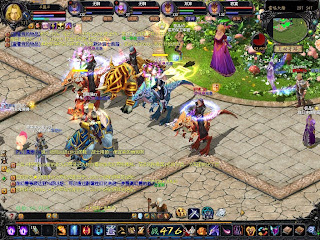 As stated from game sources, you get to mount pets at this game! Special huh? 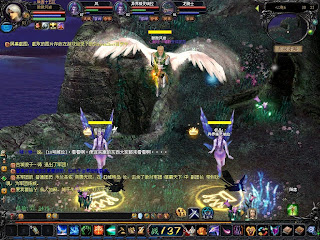 Lastly, MOYU Online is a nice game to be played along with your gaming friends and such!


DO enjoy MOYU Online's review !
Posted by Royce at 9:16 AM No comments: 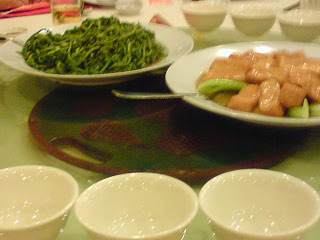 This was a meal I've taken while visiting Miri. I have never remembered the restaurant's name but the foods they serve are as good as usual classy restaurants. The common meaty beancurd and the greenish vegetables >.< ... I have not taken other foods photos as I'm on the food spree that moment! 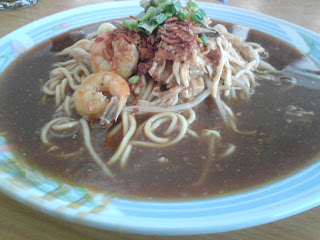 Foochow's Laksa Mee i guess... Cost around RM3.50 if not mistaken. A common dish served during morning breakfast or lunch break! Again, it's from one of Miri's cafeteria. 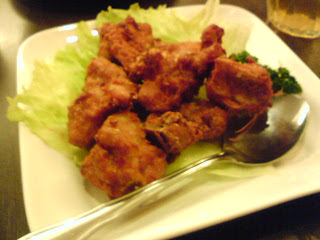 Chui Siang Garden's fried chicken dish. It's located around Sarawak Catscity area where the newly opened FryDays restaurant is set up at. 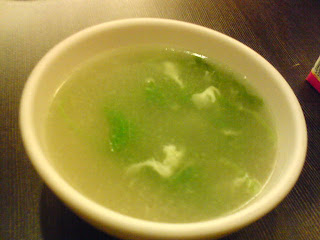 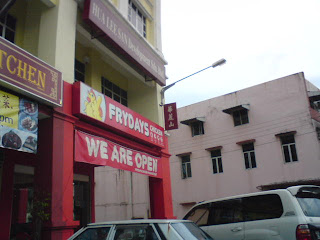 This is where Chui Siang Garden is next to! FryDays!!! Not your common Friday treat =3!
Come here if you like fried chickens o_O I've never been there to eat yet. Hah... nevermind that!

The Bracket for WCG Asia Championship 2008 is released by Garena and i'm sharing this over my blog so that people who are interested in big game events and so on will have a good view around!

As to some surprises that I see, New Zealand's team MCC has made a great en-route to the Finals against China's team EHOME. Although team MCC never get the 1st place in line, they have made a great achievement throughout the latest WCG event! Malaysia's Kingsurf however gets 3rd placing after battling against Indonesia's team XcN. 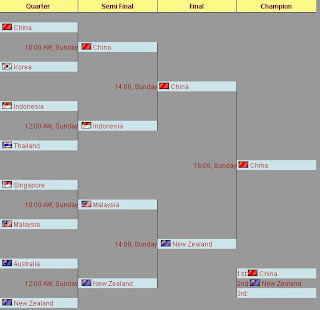 DotA powerhouse teams all battle it out as you can see from the bracket!

Garena's MHLR Retribution DotA Tournament is actually a high level based game tourney that was organised since a few months ago. So far, two competitions were held successfully but there's one which was postponed due to some connection problems.

The crew of MHLR list (still recruiting potential ones)
Anyway, it's BACK!!! I have applied for a referee job and passed their "Recruitment Drive" through web messaging. Their questions are quite similiar to sentence structures and how you interpret your way to become a referee you always wanted to be and what rules are counted in DotA. I'm sure I won't give in more details for this as most will know exactly how a game referee will act in-game just like real sports!

Yup! And also, Beijing Olympic 2008 has started their opening ceremony by the time i have wrote this entry. So have a good time enjoying the Live TV shows from 8th August - 24th August 2008! That's all for now.

Never expected to be the one and only winner! Thanks on behalf from the Garena moderators!
If you have by any chance at Garena forums, do drop some comments at the link below : 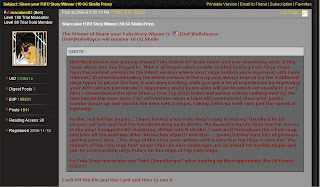 Your friendly neighbourhood Garena's macubex02 mod announced the winner's post.
I did posted this entry before. Hopefully you'll know what i mean!